Born and raised in Kathmandu, Nepal, Sarita’s passion for children and a belief in holistic education started while she was studying in a Krishnamurti School in Varanasi, India. Following her passion, she pursued learning more and received a bachelor’s in Psychology Honours, a post-graduate diploma in Early Childhood Education, and another diploma in Psychological Counselling.

She then worked in mainstream kindergartens for 2 years in Nepal and India, after which she met Waldorf Education in 1997 in the city of Hyderabad. Ever since she has been a part of the Waldorf community as a parent (for 11 years) and teacher (for 16 years). 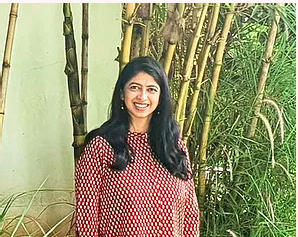 Her love for Waldorf Education and desire to learn has taken her to New Zealand, Philippines, Thailand, Korea, China, USA, Germany, Switzerland, Netherlands, and Hungary, where she visited schools, attended courses, and education conferences to specialize in various fields. She has been actively involved in Teacher Trainings in Nepal for over a decade now and helped to initiate the Waldorf Education in Nepal (WEN) movement while also conducting workshops in India, Japan, and Hawaii.

In 2015 she became the first person ever to receive a full scholarship from Sunbridge Institute, New York to pursue a Diploma in Waldorf Early Childhood Education.

In 2016, Sarita co-founded Kathmandu Waldorf Kindergarten in Nepal to bring quality early childhood education and training to her hometown. She was also associated with the global organization, Play for Peace for a few years, through which she organized summer camps and developmental play sessions for children. Recently she pursued a Diploma in Experiential Education and Practices in 2020 and co-founded Nurturer’Studio along with her son, Shashwat.
Open chat
1
Need Help?
Powered by
Hello,
How can We Help You?